Home › The Intercept › Russia-Ukraine War Is Another Reason to Break Free of Dirty Steel, but U.S. Companies Still Chase Profits Over Green Future

Russia-Ukraine War Is Another Reason to Break Free of Dirty Steel, but U.S. Companies Still Chase Profits Over Green Future 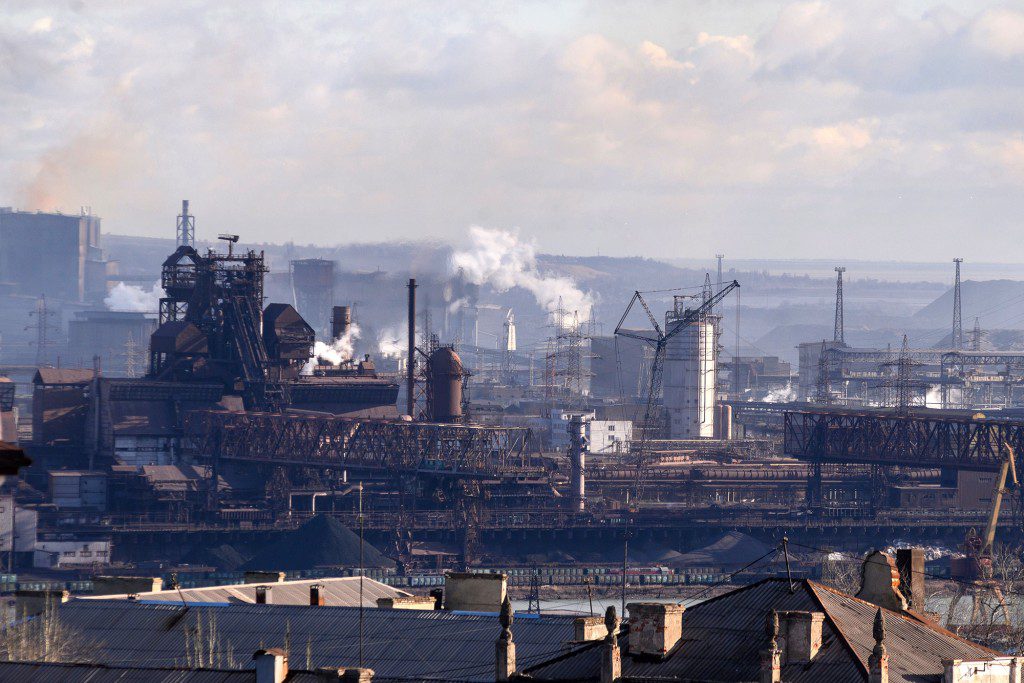 The Azovstal Steel and Iron Works facility operated by Metinvest Group in Mariupol, Ukraine, on Jan. 15, 2022.

The war in Ukraine has threatened a vital component of the U.S. industrial base: steel production. Over the weekend, reports surfaced that a large steel plant in Mariupol, Ukraine, had become one of the last holdouts for Ukrainian troops in the besieged city. The fighting appeared to escalate there on Monday, when videos surfaced showing large explosions at the plant, Azovstal, which produces millions of tons of dirty steel.

In 2021, Russia and Ukraine supplied over 60 percent of the pig iron imported by the United States. Pig iron, made from iron ore, is the raw material used in most steel production, and the war has fueled pig iron panic-buying on the part of U.S. steel producers. Since the February 24 invasion, U.S. steel prices have surged by 50 percent. A December U.S. Chamber of Commerce survey of the commercial construction industry found that the high price of steel combined with product shortages could stall the post-pandemic commercial construction recovery.

This disruption in the steel supply will impact everything from the auto industry to the rate of inflation. It could also have a profoundly negative effect on renewable energy, a rapidly growing sector in the U.S., which is already hitting major supply chain constraints.

In February, the U.S. Bureau of Ocean Energy Management auction for the rights to build wind turbines off the shores of New York and New Jersey brought in a record-setting $4.37 billion in high bids. Ocean wind turbines require large amounts of steel, and initially it was proposed that the winning bidders must use U.S.-made steel, as required in the Buy American Act. However, the New York agency overseeing the auction determined that the requirement should not apply: Using U.S.-made steel would be too expensive, in part because the United States does not produce enough of the types of steel required for today’s massive wind turbines.

The United States is not able to produce the steel needed to build the clean energy infrastructure required to transition off of fossil fuels to zero-carbon energy sources. At the same time, the U.S. steel industry has no current plans to build new, clean-steel production facilities — which means wind turbines and the rest of the clean energy infrastructure will be built with dirty steel. In November 2021, Lourenco Goncalves, the CEO of leading U.S. steel company Cleveland-Cliffs, said his company’s coal-fueled blast furnaces were “here to stay.”

The global steel industry accounts for 8 percent of carbon dioxide emissions and consumes approximately 15 percent of the world’s coal. By far the most emissions-intensive part of the steel production process is making pig iron. U.S. steelmakers claim to be the cleanest in the world, but that claim does not take into account the emissions that are simply being outsourced to countries like Russia and Ukraine along with the production of pig iron.

The solution to the dirty pig iron problem is not to build more coal-based, pig-iron production facilities in America, but to use green hydrogen — which can be produced emissions-free using renewable energy — to turn iron ore into direct reduced iron (also known as sponge iron). Green hydrogen (in contrast to “gray hydrogen” made with natural gas) is derived from water, split into oxygen and hydrogen by units called electrolyzers. 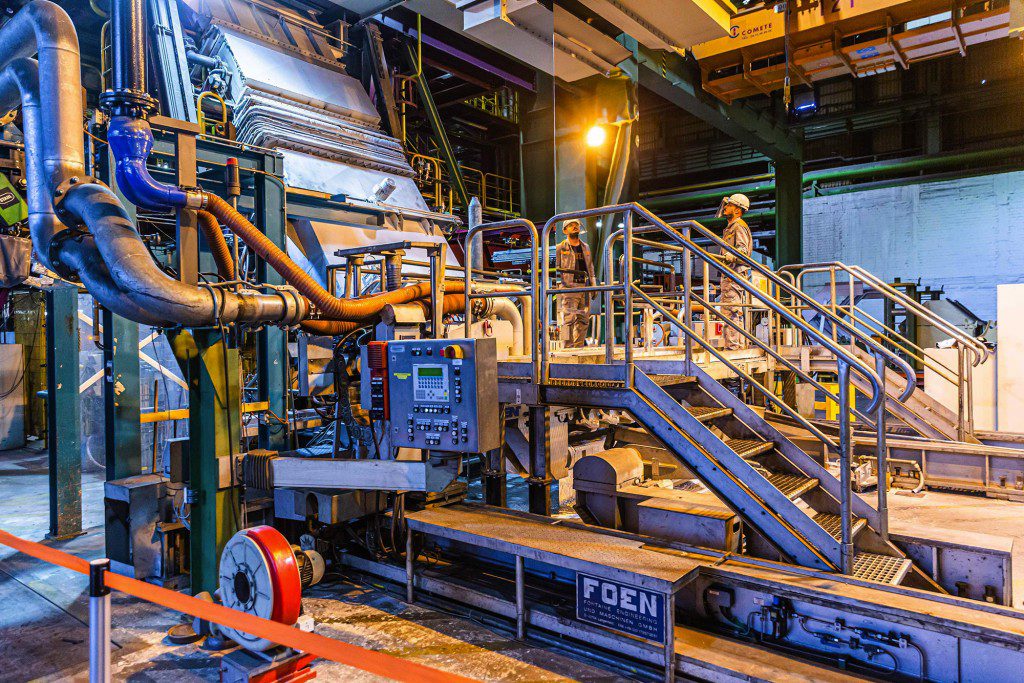 A worker monitors the zinc galvanized steel on the rolling plant that will in the future harness hydrogen instead of coal, on the production line at the Salzgitter AG steel plant in Salzgitter, Germany, on July 13, 2020.

Sponge iron can replace pig iron as the feedstock for steel production. This is a proven technology, with the European steel industry leading the way in transitioning its steel industry to hydrogen fuel. In Germany, the government is directly funding the replacement of pig iron-producing coal-fired blast furnaces with green hydrogen technology to produce sponge iron. In December, Kobad Bhavnagri, head of industrial decarbonization at Bloomberg NEF, highlighted how the global steel industry is at an inflection point. “The global steel industry is poised to begin a titanic pivot from coal to hydrogen, this transition will cause both great disruption, and great opportunity,” he said. “Companies and investors don’t yet appreciate the scale of the changes ahead.”

Energy costs will also drive this transition. The cost of renewable electricity used in green hydrogen technology continues to fall while the cost of coking coal — the kind of coal used to make pig iron — is at an all-time high. In January, management consulting firm McKinsey & Co. suggested that these higher prices could hasten the transition to green hydrogen replacing coal in steel production noting that the high coking coal prices “could become the norm rather than the exception.”

Major U.S. steel producers have no plans to invest in clean steel production, nor do they have an incentive to in the current high-price and high-profit environment.

The steel industry’s carbon emissions have historically been considered “hard to abate.” That is no longer true. The United States has the opportunity to lead the transition from coal-fired blast furnaces to hydrogen-fueled sponge iron production. Without it, we will be unable to complete the transition to a clean energy future.

Justin Mikulka is a research fellow and Zack Exley is executive director at New Consensus, a think tank working on detailed plans, such as the Green New Deal, that governments can follow to transition to clean energy while achieving economic renewal.

The post Russia-Ukraine War Is Another Reason to Break Free of Dirty Steel, but U.S. Companies Still Chase Profits Over Green Future appeared first on The Intercept.