Oil and Gas’s Pivot to Blue Hydrogen Is Falling Through 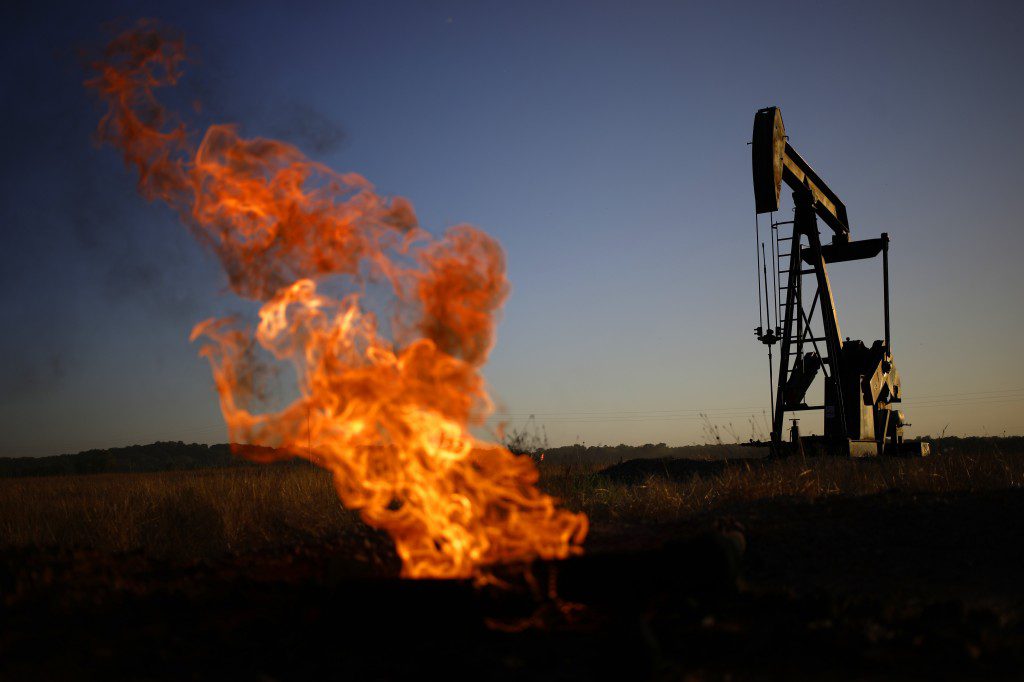 As the climate emergency has gotten more and more impossible to ignore and the world has started moving away from natural gas, the industry has hyped a new technology: so-called blue hydrogen. Blue hydrogen produces no carbon emissions when burned or converted into electricity, but the main component in producing blue hydrogen is methane, the most potent greenhouse gas.

It isn’t currently possible to produce clean blue hydrogen on a commercial scale, and it is important to acknowledge the risks of trying. But the market is also playing a role in pushing oil and gas away from this dangerous endeavor.

This has resulted in a situation no one predicted: In Europe, green hydrogen is now cheaper than liquefied natural gas. And oil and gas companies, in turn, are increasingly investing in green hydrogen instead of using methane to produce blue hydrogen.

This is a remarkable development. As recently as September 2020, oil major Shell was making the case that “blue hydrogen can help create the demand and transport networks for hydrogen whilst green hydrogen costs fall.” In an article this month in the New Statesman that claimed green hydrogen wasn’t viable, Bethan Vasey, energy transition manager for Shell’s Upstream U.K. division, stated that blue hydrogen technology was “ready for deployment at scale now.” Meanwhile, Shell just announced that it is building the largest green hydrogen production facility in Europe. Shell could have built a blue hydrogen facility, but it chose green.

The industry has worked hard for more than a decade to sell the idea that natural gas is a clean fuel that can reduce emissions and help address fossil fuel-driven climate change. As The Intercept reported in 2019, the American Petroleum Institute paid to place sponsored content in the Washington Post making this argument.

Yet this argument was not true, and thankfully, increasing evidence that methane emissions must be quickly reduced has led to a coalition of countries signing the Global Methane Pledge. At a November 2021 event highlighting the pledge, President Joe Biden stated that “one of the most important things we can do in this decisive decade is — to keep 1.5 degrees in reach — is reduce our methane emissions as quickly as possible.”

Indeed, the world is facing a methane emergency. Methane is a potent greenhouse gas with over 80 times the warming potential of carbon dioxide over the first 20 years that it is in the atmosphere. When the climate impacts of the methane emissions associated with natural gas production and distribution are included, natural gas can be as bad as coal for the climate. Methane has contributed approximately 40 percent of total global warming to date.

In April, the National Oceanic and Atmospheric Administration reported that global methane levels had increased at a record pace in 2021. There is no chance of slowing global warming if methane emissions aren’t reduced quickly. Betting the planet’s future on increasing methane production to make blue hydrogen, which is not a clean fuel, could have disastrous consequences.

The natural gas industry knows that renewable energy poses an existential threat to its business, as it is now significantly cheaper to produce electricity with solar power than it is to build new gas power plants. The U.S. Energy Information Administration notes that most new power generation being built in the U.S. is renewable, not gas, and that this is reducing the amount of gas used for power generation, a trend that is expected to continue. As natural gas started losing market share to lower-cost renewables, the industry came up with a way to repackage methane in a supposedly clean form: blue hydrogen. And it’s being pitched as oil and gas’s potential savior. Last September, I reported on an industry conference presentation titled “Hydrogen and Carbon Capture: Will they save the natural gas industry?”

Hydrogen is often considered a clean fuel because it emits no carbon dioxide when burned or when converted into electricity in a fuel cell. This is the reason for the current hype around the potential for a clean hydrogen economy. Yet most of the world’s hydrogen is currently produced from methane and is known as gray hydrogen. The production of gray hydrogen contributes 2 percent of the world’s total carbon dioxide emissions and also contributes to methane emissions. Green hydrogen, on the other hand, is derived from water and clean electricity, resulting in no carbon dioxide or methane emissions.

Blue hydrogen can be clean — if it’s able to restrict its methane emissions and successfully capture 95 percent of the carbon emissions from producing the hydrogen. On paper, it could be a relatively clean fuel if this were achievable, but in the real world, it isn’t.

Carbon capture has failed to come close to 95 percent capture rates in commercial facilities, and the natural gas industry produces large amounts of methane emissions both through its normal operations and frequent leaks. Blue hydrogen also requires that the captured carbon be stored indefinitely without leaking. There is little evidence that this is possible on a large scale.

Blue hydrogen can be clean — if it’s able to restrict its methane emissions and successfully capture 95 percent of the carbon emissions from producing the hydrogen. That isn’t achievable.

And even if it was achievable, it would be costly. As Sen. Joe Manchin, D-W.Va., stated last year, “I’d love to have carbon capture, but we don’t have the technology because we really haven’t gotten to that point. And it’s so darn expensive that it makes it almost impossible.”

A study from Robert Howarth, a professor of ecology and environmental biology at Cornell University, and Mark Jacobson, a professor of civil and environmental engineering at Stanford University, found that the greenhouse gas emissions from the production of blue hydrogen were “quite high” and concluded that “the use of blue hydrogen appears difficult to justify on climate grounds.” Howarth and Jacobson noted that their analysis assumed that captured carbon could be stored indefinitely, which they admit is an “optimistic and unproven assumption.”

In March, a study found that methane emissions in New Mexico’s Permian Basin exceeded 9 percent — 90 times higher than the 0.1 percent goal. In June, the Washington Post reported that another analysis found that methane emissions in the Permian had increased 47 percent from a year earlier. The U.S. oil and gas industry has proved that it has no ability to produce methane with emissions rates under 1 percent, and 0.1 percent is simply not plausible.

The industry knows that if it can’t get the world hooked on hydrogen made from methane, it faces a declining market due to economic competition from renewable power. In April, the Institute for Energy Economics and Financial Analysis released a report that suggested gas-fired power peaked in the U.S. in 2020 and would begin to decline as it is replaced with cheaper renewable power. Until recently, the argument was that green hydrogen was too expensive, so blue hydrogen was necessary. Without that argument, there is no reason for blue hydrogen to exist.

Hydrogen Europe, a trade group for the hydrogen industry, includes many members that are supporters of blue hydrogen, like oil and gas company Equinor. Recharge reported that at the recent Eurelectric Power Summit, Jorgo Chatzimarkakis, CEO of Hydrogen Europe, stated that “blue hydrogen doesn’t sell, it’s too expensive.”

Like Shell, other major oil companies are also going big on green hydrogen instead of blue, with planned multibillion-dollar investments in Australia and India. This week, oil company BP agreed to a joint venture with renewable power company Iberdrola to build several large green hydrogen production facilities in Europe.

Clean hydrogen will be needed to decarbonize the global economy. The first priority is to replace the existing gray hydrogen production, which would effectively eliminate carbon emissions equivalent to the whole country of Germany. Hydrogen is also likely to be necessary to decarbonize the steel industry and shows promise in shipping and aviation — all very emissions-intensive industries.

If investment decisions were made simply based on the need to reduce carbon dioxide and methane emissions, blue hydrogen would never be an option. The reality is that most investments continue to be made with the intention to make money, not to save the world. That is why blue hydrogen isn’t getting attention from global investors: It isn’t a smart investment.

For a long time, the fossil fuel industry had a rock-solid argument that it could provide the cheapest energy. As the current energy inflation crisis clearly shows, that era is over, and the push for blue hydrogen should end with it.

The post Oil and Gas’s Pivot to Blue Hydrogen Is Falling Through appeared first on The Intercept.

‹ Behind the Manchin Miracle
Proud Papa: How Joe Biden Became the Father of the Iranian Nuclear Bomb ›