Home › The Intercept › I Experienced Jack Smith's Zeal Firsthand. Will Trump Get the Same Treatment?

I Experienced Jack Smith's Zeal Firsthand. Will Trump Get the Same Treatment? 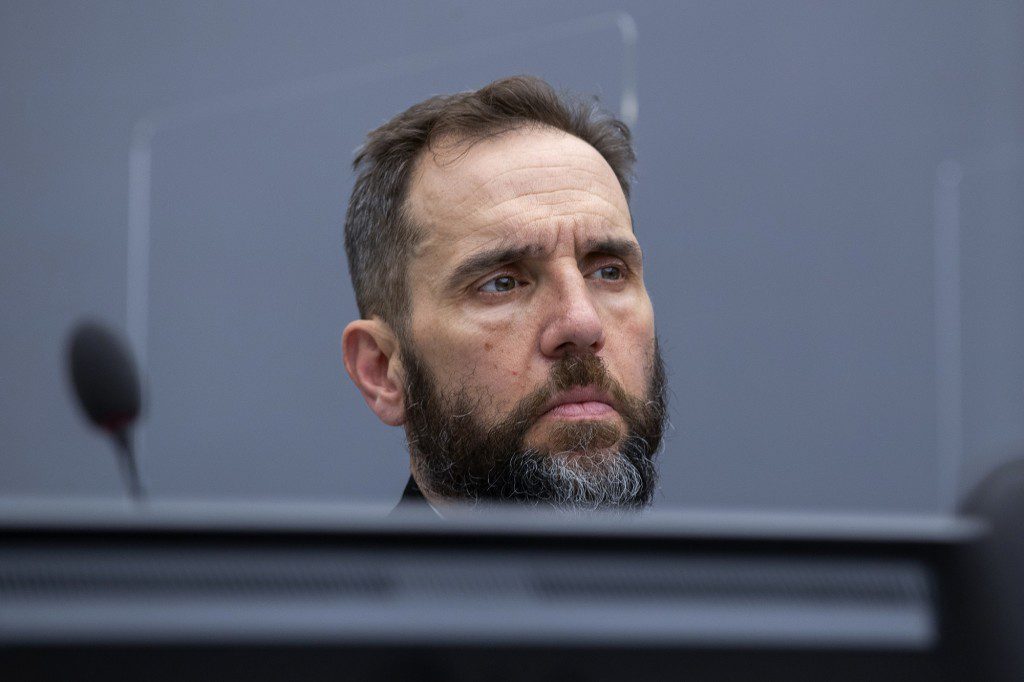 Jack Smith, the prosecutor named as special counsel to oversee investigations related to former President Donald Trump, at The Hague on Nov. 10, 2020.

Jack Smith came after me. If he goes after Donald Trump with the same unrelenting ferocity, Trump will be in trouble.

On Friday, Smith was appointed special counsel to handle two ongoing criminal investigations of Trump: the Mar-a-Lago documents case and the inquiry into Trump’s efforts to overturn the 2020 presidential election, including his role in the January 6, 2021, insurrection at the U.S. Capitol. Attorney General Merrick Garland chose Smith to oversee both cases to avoid accusations of political bias, following Trump’s announcement last week that he plans to run for president in 2024. Trump’s early announcement was clearly an effort to insulate himself from criminal prosecution, and Garland’s countermove seems designed to frustrate the ex-president’s attempt to use the political system for his personal legal benefit.

Most recently a war crimes prosecutor at The Hague, Smith is a longtime federal prosecutor known for his aggressiveness. “I was described by Steve Bannon (and, sigh, many others) as a pit bull,” former Justice Department lawyer Andrew Weissmann, who worked on special counsel Robert Mueller’s investigation of Trump and Russia, tweeted. “Jack Smith makes me look like a golden retriever puppy.”

Unfortunately, I have firsthand experience with Smith’s aggressiveness. He was part of the Justice Department team that turned my life upside down by trying, for seven years, to force me to reveal confidential sources that I’d used to report on a botched CIA operation.

The Justice Department first subpoenaed me in January 2008 to try to get me to reveal my sources and continued to target me until January 2015. The Justice Department kept coming at me, even though the federal judge in my case repeatedly ruled against them and sided with me. Each time the judge quashed one of their subpoenas, I thought I was finally done — but then the prosecutors would issue another one. It was excruciating.

Still, I refused to reveal my sources, and the Justice Department finally gave in. I won the battle in 2015, but only after the case went to the Supreme Court, and only after then-Attorney General Eric Holder ordered the prosecutors to back off because he was getting so much bad press for seeking to jail a reporter for refusing to disclose his confidential sources.

I know that the prosecution team was angered by Holder’s order to give up; they wanted to keep coming after me.

Smith was involved in the leak prosecution of Jeffrey Sterling, a former CIA officer, who was accused of being a source about the ill-fated CIA operation. Justice Department prosecutors have repeatedly targeted low-level officials, like former NSA contractor Reality Winner, in leak investigations and have sought draconian sentences against them. By contrast, they have shown extraordinary leniency toward high-ranking officials, like former CIA Director David Petraeus, caught up in similar investigations, many of whom have been let off with the legal equivalent of a slap on the wrist.

With the Mar-a-Lago documents investigation, Smith must decide whether to prosecute Trump on the same kind of criminal charges that have been widely used in previous cases involving alleged leaks of classified information.

Will Jack Smith give Trump the kid-glove treatment that other high-ranking officials have so long enjoyed?

The question for Smith is whether he will seek heavy charges against Trump, like he and the Justice Department sought in the Sterling case and against many other low-level officials in the past, or will he give Trump the kid-glove treatment that other high-ranking officials have so long enjoyed?

His decision on the Mar-a-Lago case will show whether Smith really is an aggressive prosecutor — or just aggressive against the powerless.

Of course, Smith could decide not to prosecute Trump in the documents case because he has come to believe that the laws governing the handling of classified information are too strict, and that no one, including low-ranking whistleblowers, should face serious penalties in such cases. But such a massive change of heart by a career prosecutor is highly unlikely.

Smith will have a major advantage over Robert Mueller, the special counsel in the long-running Trump-Russia case, in that he is stepping into investigations that are already well underway and staffed with teams of career Justice Department prosecutors and FBI agents. It should be much easier for him to quickly make decisions than it was for Mueller.

The documents case is a straightforward matter involving the theft and mishandling of classified documents, as well as efforts to obstruct the federal investigation into their disappearance. The evidence appears conclusive that Trump illegally stole classified documents after his presidency, and then tried to block the investigation into the documents by hiding them, lying about them, and getting others to lie on his behalf as well.

The biggest obstacle to a quick resolution of the documents case is Trump’s ongoing campaign to claim that he has a special legal status as a former president that precludes his prosecution in the case. He and his lawyers have, at various times, claimed both executive privilege and attorney-client privilege to try to block the government’s access to documents seized at Mar-a-Lago during a court-authorized FBI raid in August. He has also said that he owns the documents outright, and that he has the right to keep documents from his time as president.

But while Trump has won some favorable rulings from a federal district judge he appointed, prosecutors have already been able to reverse some of the lower court’s rulings. On Tuesday, prosecutors sought a ruling from a federal appeals court that would end the role of a “special master” appointed by the district judge to review documents in the case. Thus it may not be long before the legal maneuverings sputter out, and Smith will have to make a decision on whether to prosecute.

The case involving Trump’s efforts to illegally overturn the 2020 election, culminating with the January 6 insurrection, is more complex than the documents case — yet it is still far less complicated than the Trump-Russia investigation.

The Trump-Russia case was about whether Russia interfered in the 2016 election to help Trump win — and whether Trump or anyone in his circle collaborated with Moscow in its meddling. Trump’s efforts to obstruct the investigation also became a major focus for Mueller. But such a sprawling probe, involving a foreign country, was too much for Mueller; he never moved aggressively to get information out of Russia. Ultimately, he pulled his punches, and was unwilling to indict a sitting president.

By contrast, Smith won’t have to get information out of a foreign adversary to prove his case in connection with the 2020 election — and he won’t have to worry about indicting a president who is still in office.

The main question for Smith in the case will be how to narrow the investigation’s focus to bring an indictment of Trump under one or more specific criminal laws. Until now, prosecutors have focused on the role Trump and others played in arranging to have fake presidential electors put forward from key states, thus overturning Joe Biden’s victory in the Electoral College.

But Smith could broaden the investigation to include Trump’s involvement in the January 6 insurrection. Already, the Justice Department has brought seditious conspiracy cases against right-wing militia leaders involved in the insurrection; jury deliberations have begun in the sedition case against Oath Keepers leader Stewart Rhodes and four others.

If he is truly aggressive, Smith could seek similar charges against Donald Trump.

The post I Experienced Jack Smith’s Zeal Firsthand. Will Trump Get the Same Treatment? appeared first on The Intercept.