The Environmental Protection Agency released a letter to Denka Performance Elastomer last week refusing the chemical company’s request to change its assessment of a chemical called chloroprene. Denka, which owns and operates a chloroprene-emitting plant in Louisiana’s St. John the Baptist Parish, had asked the EPA to revise its 2010 assessment of the chemical, arguing that the model used to estimate human cancer risk based on experiments in which mice were exposed to chloroprene wasn’t “sufficiently rigorous.”

But the EPA wrote that it would not be changing its assessment, which found that chloroprene was “likely to be carcinogenic to humans” and set a safety threshold for inhalation based on the chemical’s effects on the nervous, immune, and respiratory systems. The letter also suggested that Denka had misused the agency’s process for making requests for correction, or RFCs.

“The RFC process is intended to provide a mechanism to correct errors where the disseminated product does not meet information quality standards,” wrote Maureen R. Gwinn, acting assistant administrator in the EPA’s Office of Research and Development, which contains the Integrated Risk Information System, or IRIS, the division of the agency that does independent chemical assessments. “But the Denka submission does not identify errors in the 2010 IRIS assessment.”

In the strictest sense, Denka lost its appeal, which would have changed the scientific record on chloroprene and cleared some of the cloud that has hung over its cancer alley plant. But with its request for correction, as well as past lobbying to change the EPA’s science on chloroprene, the company has succeeded in extending the time in which the plant continues to emit the chemical at levels the EPA has shown to be dangerous. Denka did not respond to questions for this article.

For decades, St. John residents have felt that they have borne a disproportionate burden of cancers, respiratory distress, immune dysfunction, and other illnesses due to emissions from the plant, which DuPont opened in 1964 and sold to Denka in 2015. The smell of the plant’s emissions hung over the small community by the Mississippi River. People noticed their respiratory issues improved when they were away from home — and worsened when they returned. And they all knew several people who had died an early death from cancer.

But official recognition of the dangers of chloroprene lagged far behind their health problems. The International Agency for Research on Cancer classified chloroprene as “possibly carcinogenic to humans” in 1999. Six years later, a National Toxicology Program report found the chemical was “reasonably anticipated to be a human carcinogen.” The 2010 IRIS assessment based its probable carcinogen finding on research showing that lab animals exposed to chloroprene developed cancers of the thyroid, lung, kidney, liver, mammary gland, and forestomach, as well as evidence that chloroprene exposure was associated with higher rates of lung cancer, liver cancer, and leukemia in people.

Still, it wasn’t until 2015, when the EPA’s National Air Toxics Assessment used the threshold IRIS set to estimate local cancer risk, that the agency quantified the impact of chloroprene exposure in St. John. The report put the risk of cancer from air pollution in one census tract near the plant at 777 per 1 million people — by far the highest in the country at the time. In 2018, when the next NATA report was released (which reflected an updated assessment of another carcinogen present in St. John called ethylene oxide), the estimated cancer risk from air pollution in St. John climbed to 1,505 in a million — once again well above the cancer risk from air pollution anywhere else in the country. 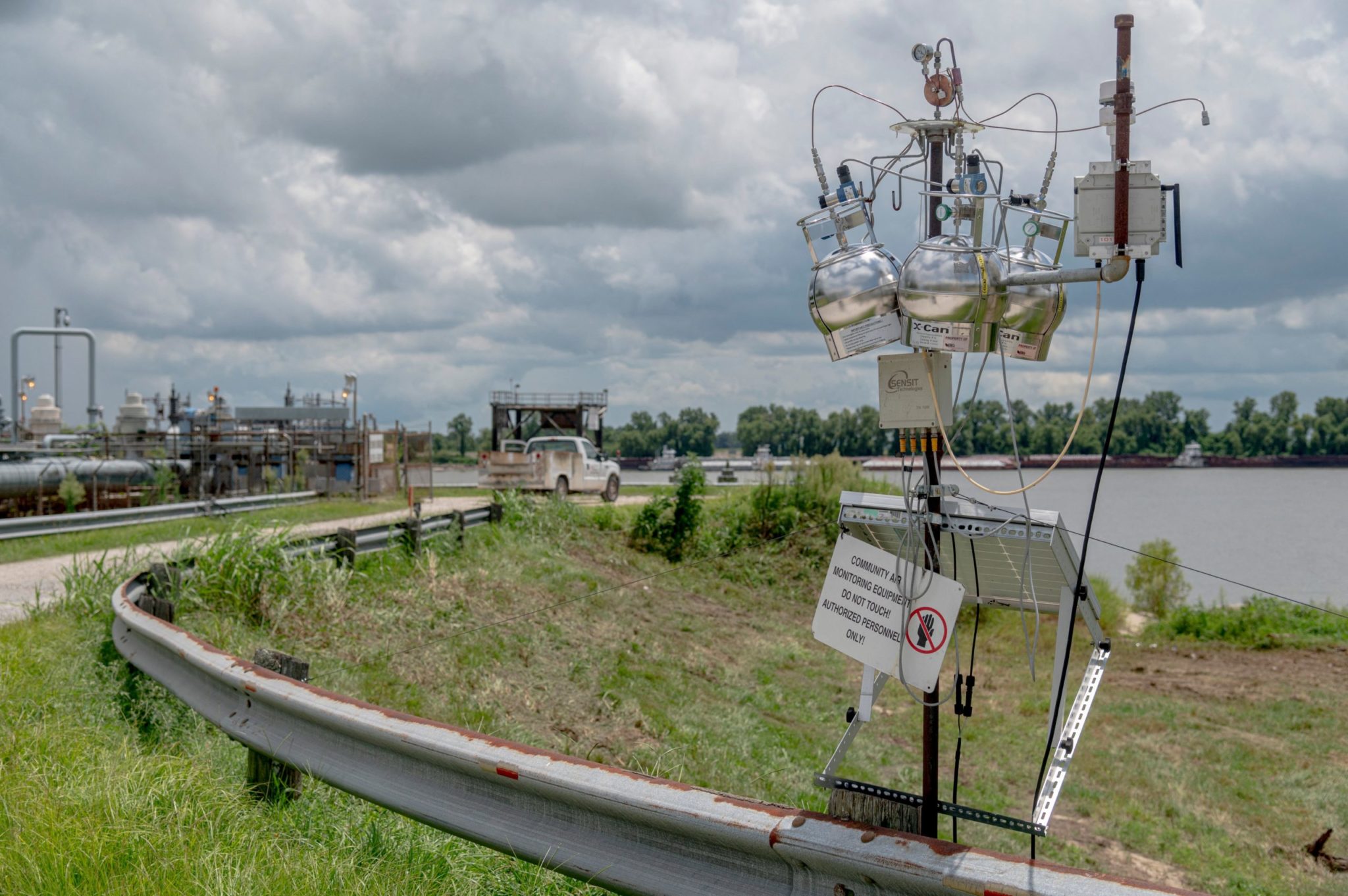 Denka has said that, since acquiring the plant in 2015, it has reduced its chloroprene emissions by 85 percent under a voluntary agreement with Louisiana’s Department of Environmental Quality. The company has repeatedly pointed out the $35 million it spent on technology to achieve these reductions. But Denka has not lowered its emissions all the way down to the level the EPA deemed safe. Instead, Denka hired scientists who painted a rosier picture of chloroprene, which is emitted during the production of the synthetic rubber neoprene. The company commissioned the science-for-hire firm Ramboll to come up with an alternate model. According to Denka’s July 2021 request for correction, use of this new model would result in a safety threshold for chloroprene that is “approximately two orders of magnitude below” the one the EPA set in 2010.

In its request for correction, the company also repeatedly referred the federal agency to a 2021 analysis of mortality patterns in workers exposed to chloroprene authored by biostatistician Gary Marsh, which found that there was no link between chloroprene exposure and the risk of death from liver or lung cancer. Marsh declared “no conflicts of interest” in the study, which was published in the Journal of Occupational and Environmental Medicine. Yet, according to his curriculum vitae, he has been paid more than $800,000 by the International Institute of Synthetic Rubber Producers, a trade group that represents Denka, to study the effects on workers exposed to the chemical since 2000. In a note in the study directly above his claim of no conflicts of interest, Marsh declared that the trade group “sponsored this research, but the design, conduct, analysis and conclusions are those of the authors.”

Asked about Marsh’s apparent conflict of interest, Stacie Yuhasz, managing editor of the Journal of Occupational and Environmental Medicine, wrote that “if the Author(s) signed off on ‘no conflicts,’ we have to accept that at the time since we have no way to confirm or deny.” In an email, Marsh told The Intercept that his receipt of hundreds of thousands of dollars from the industry association representing manufacturers, including Denka, did not constitute a conflict of interest. “Conflict of interest relates to other financial or other connections with sponsors of which I had none,” Marsh wrote.

Asked about the ethics of receiving the industry funding without declaring a conflict of interest, David Michaels, former director of the Occupational Safety and Health Administration, disagreed with the journal editor’s position. “Sponsorship of a study, especially by a party with a strong financial interest in the outcome, presents a basic and undeniable conflict of interest,” wrote Michaels, who explored industry manipulation of data in his book “The Triumph of Doubt: Dark Money and the Science of Deception.” “The author is being paid for the study, and no doubt recognizes that finding a result unfavorable to the sponsor will mean no more money will likely come from that sponsor.”

Chloroprene Emissions on the Rise

While Denka has been using industry-funded science to push back against the EPA’s 2010 assessment, it has allowed its St. John plant to continue to emit the chemical at levels well above the limit it set. Indeed, the most recent data collected by air monitors installed near the Denka plant show that, in January 2022, levels of chloroprene were higher than at any other point over the last two years. Near the levee at the Mississippi River, the level of the chemical reached 30.1 micrograms per cubic meter on January 17, more than 150 times the EPA’s threshold of 0.2 micrograms per cubic meter. The level of the carcinogen measured by a monitor on the western edge of the factory was 24.3 micrograms per cubic meter, more than 121 times the threshold set in 2010. That monitor is less than half a mile from the Fifth Ward Elementary School, whose student body is more than 90 percent children of color.

For St. John residents, the ongoing exposure of children to a well-studied carcinogen amounts to a deadly indifference.

For St. John residents whose children, grandchildren, and neighbors attend the school, the ongoing exposure of children to a well-studied carcinogen amounts to a deadly indifference. “We’ve got little children going to that school and playing in that playground,” said Robert Taylor. “The air conditioners suck the contamination into the classrooms.” Taylor has lost dozens of friends and relatives to cancer. His nephew, who is in his mid-30s and lives along the fence line of the plant, was diagnosed with stage 4 cancer this winter. That nephew’s brother, who grew up in the same house, died of cancer several years ago. And Taylor’s daughter, Raven, has been bedridden for more than a decade with an autoimmune condition likely related to the pollution.

These ongoing losses — and the knowledge that another generation of young people in St. John was likely to be burdened with disproportionate rates of cancer — sparked Taylor to co-found the group Concerned Citizens of St. John, which has been fighting against industrial pollution in the area. Yet, more than five years since its inception, more than 500 children are still attending school in a carcinogenic cloud. 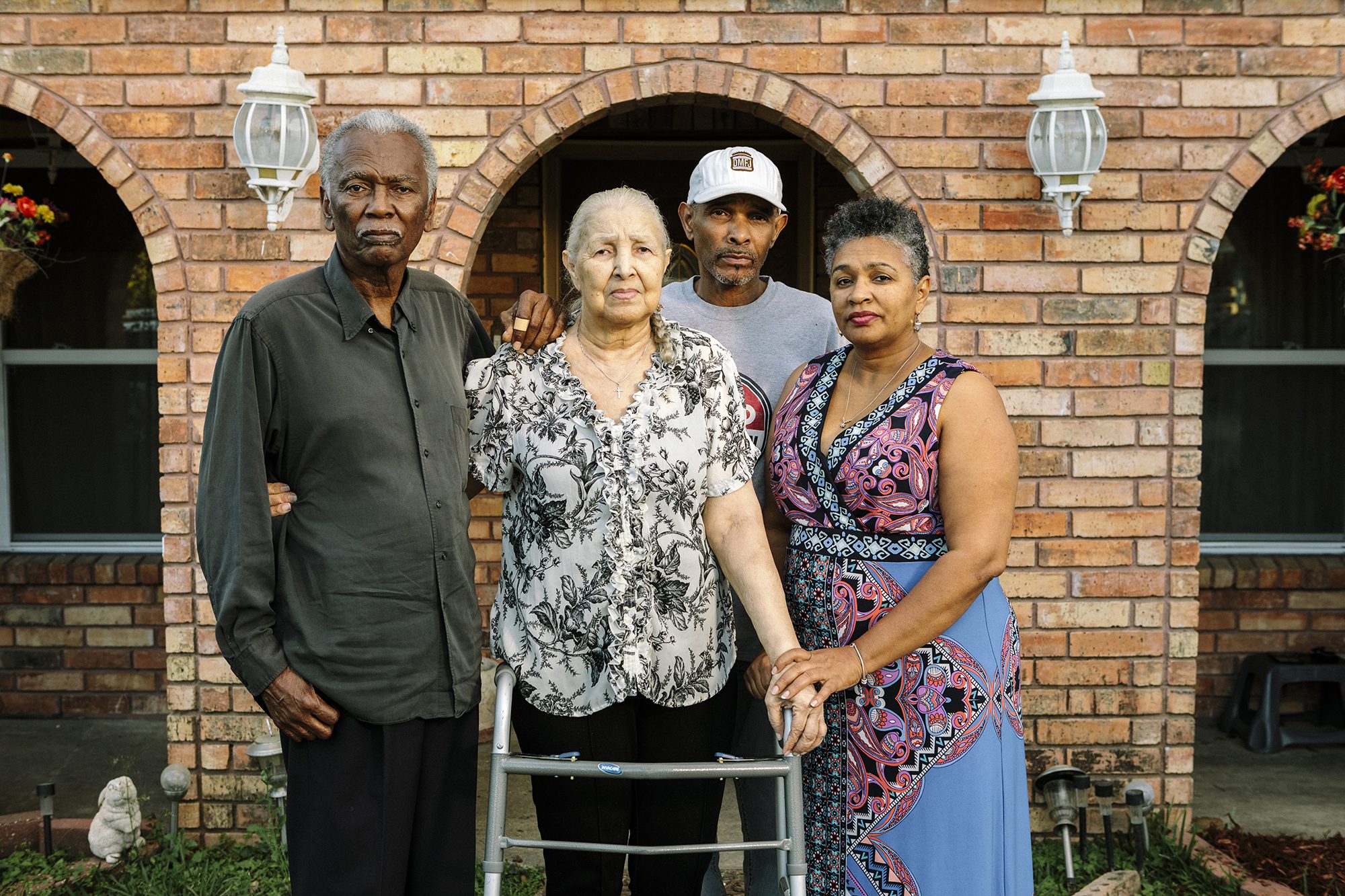 Robert Taylor, president of the Concerned Citizens of St. John Parish, stands with his wife, Zenobia Taylor, son Robert Taylor Jr., and daughter Letitia Parquet in the front yard of his home in Reserve, La., on Feb. 24, 2017.

Photo: William Widmer for The Intercept

The Biden administration was the first to pay any significant attention to the plight of St. John. In November, EPA Administrator Michael Regan visited St. John and spoke with Taylor and other locals, including Geraldine Watkins, as part of his “Journey to Justice” tour through Mississippi, Louisiana, and Texas. “Meeting with Mr. Regan from EPA gave me a real uplift at the thought that, possibly, here is somebody that cares about people in a small community surrounded by industry,” said Watkins. “But people are still getting sick in the community and dying.”

In January, Regan wrote to the CEOs of both DuPont and Denka, emphasizing his support for the students at Fifth Ward Elementary and encouraging the executives to take voluntary action. “As a parent, I remain extremely concerned about the over 500 children at the elementary school,” Regan wrote. “I strongly urge you to listen to the community’s concerns and actively partner with community members to develop and implement community-based projects that reduce risk, increase awareness of local air quality, and ensure children have a safe place in which to learn and grow.”

Later that month, the EPA announced it would be investing more than $600,000 in additional monitoring at the Denka plant in St. John, as well as several other cancer alley locations. In an emailed statement, the EPA said that it would be publicly releasing the results of the air monitoring in St. John in the coming weeks.

Taylor, who was heartened by Regan’s visit and the EPA’s decision to do more monitoring, is nevertheless frustrated by the fact that his community is still exposed to chloroprene at levels that EPA scientists determined were dangerous more than a decade ago.

“Where’s the enforcement? We have higher pollution than we did two years ago.”

“The new administration seems to be pretty aggressive about monitoring. But the question is: What do they do with it?” said Taylor. “There haven’t been any steps to force them to stop. Where’s the enforcement? We have higher pollution than we did two years ago. And still nobody is doing anything to take that burden off us and stopping this company from flooding us with poisons.”

The time and resources the EPA recently put into considering Denka’s request for correction might have further prolonged the delay before the company is forced to bring its emissions down to safe levels. Instead of relitigating the assessment of chloroprene, which the EPA’s Gwinn noted was supported by years of “rigorous independent peer review and comment,” the handful of scientists who work in IRIS might have been working on some of the many other chemicals still on their agenda, including arsenic, chloroform, and formaldehyde.

Gwinn’s letter, which was stern at points, seemed intent on preventing industry from making future requests for correction in other cases where the science is accurate: “This courtesy review substantially exceeds EPA’s commitment toward addressing an RFC and should not be interpreted as setting a precedent for any future RFC request.”

The post EPA Rejects Denka’s Request to Weaken Assessment of Chloroprene appeared first on The Intercept.