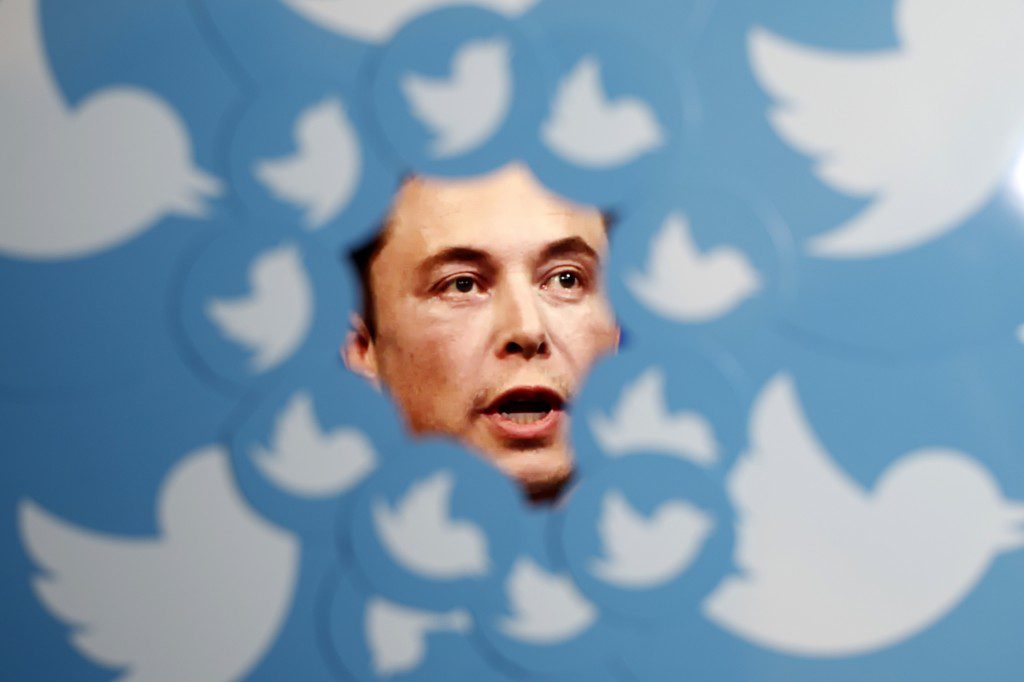 Everything in this article was accurate at the time of publication. However, given the speed of changes at Twitter, anything could have happened by the time you read this. Elon Musk might have staged his own death and started a new life in Uruguay. He could have decreed that users may now only post while nude. He may have sold Twitter for $7 to a consortium of Labradors. There’s just no predicting.

What was predictable was the excruciating torment Musk is now undergoing: Anyone familiar with a basic left-wing critique of corporate media could have foreseen it. Musk would have been far more prepared for the Twitter maelstrom if he’d read “Manufacturing Consent” by Edward Herman and Noam Chomsky, or “The Media Monopoly” by Ben Bagdikian, or even “The Brass Check” by Upton Sinclair, published in 1919.

Let’s start at the beginning. It costs money to operate a media corporation. Even ones that are privately held, like Twitter post-Musk takeover, require revenue to operate.

One potential source is advertising. In 2021, Twitter had revenues of $5 billion, 90 percent of which came from ads. A.G. Sulzberger, the publisher of the New York Times, has said that advertising was once 80 percent of the paper’s revenue, and that at other papers it was generally higher, even 95 percent.

So in a business like Twitter’s, your customers are the advertisers, and your product is the attention of your users. Unfortunately, Musk felt that Twitter’s previous managers were left-wing fascists who hated free speech because they knew their statist blue-hair ideology couldn’t survive the light of day. Musk was sure things would be different if he were managing Twitter. Now he is. Let the freewheeling, raucous political debate begin! No sacred cows, no safe spaces.

Except Musk immediately discovered that advertisers hate freewheeling, raucous political debate. Josh Marshall, the founder of Talking Points Memo, explained this cogently in a recent article about his experience running an outlet devoted to politics:

Advertisers don’t want to be near controversy. Indeed, they don’t even want to be near things that are upsetting or agitating. This is why all political and political news media face an inverse premium in advertising because the content is inherently polarizing. You can show the same ad to the same people the same amount of times and you’ll get more money if the content is fashion or parenthood or entertainment than if it’s politics. It’s a bedrock rule of the world of advertising.

This is why Twitter was the way it was before Musk bought it: not because of the politics of its staff, but because advertisers demanded it. Likewise, it’s why its advertising has now fallen off a cliff. As Sinclair wrote over 100 years ago, “If the newspaper fails to protect its big advertisers, the big advertisers will get busy and protect themselves.” It’s not simply that Unilever doesn’t want its ads appearing next to tweets from a Turkish bot-net shrieking about reannihilating the Armenians. It’s not even that corporations will never be crazy about subsidizing anti-corporate manifestos. It’s that they’d prefer an audience that isn’t thinking at all, except about what to buy next.

Indeed, it goes even deeper than that. Musk told advertisers just a few days ago that Twitter wants to be “in the business of truth.” Even if that were what Musk truly wanted himself — it’s obviously not — that is absolutely the last thing advertisers want. As everyone learned when they were 6 years old and successfully pressured their parents into buying them a Star Wars toy that didn’t actually fly like in the commercials, advertisers are in the business of lying.

So even though Musk doesn’t understand precisely why advertisers dislike free speech, he is correct to believe that they do. He’s therefore moved onto the next possible source of revenue: subscriptions. According to various reports, he hopes to make subscriptions the source of at least 50 percent of Twitter revenue.

But why would anyone pay for Twitter? One answer would be to see fewer ads. Except people willing to pay for Twitter are going to be the audience that advertisers most want to reach: heavy users with money. This is why Twitter’s specialists crunched the numbers and informed Musk that Twitter would plausibly lose money on many $8/month subscribers.

Then there’s the basic question of fairness. If you want to create a vibrant digital town square, as Musk has said he does, how can you exclude those who can’t afford $8/month — which is many Americans, but even more of Twitter’s users outside the U.S.? You can of course lower the price for them, but then subscriptions are going to be even less lucrative.

This is why Musk is now thrashing around in incompetent fury. He enthusiastically impaled himself on the horns of this fundamental dilemma of political speech, one that no one has ever solved. He could have avoided his hilarious nightmare if he’d just read a few books with a radical perspective on the media. But people who do that tend not to become the richest person on earth.

However, there is one, and only one, potential solution here. Media outlets could be subsidized by the government.

This may sound anti-American if you’ve had a high-toned education and been properly indoctrinated. But in fact, the media received massive subsidies in the early decades of the United States, mostly in the form of free or low-cost postal rates. The Founding Fathers were explicit about the reasons for this. Thomas Jefferson endorsed the concept in his first address to Congress as president, because it would “facilitate the progress of information.” Madison wrote that “a free press, and particularly a circulation of newspapers through the entire body of the people … is favorable to liberty.” [Emphasis in original] Therefore, he contended, postage “above half a cent, amounted to a prohibition … of the distribution of knowledge and information.” The total government spending to support newspapers reached, as a percentage of the economy, the equivalent today of over $30 billion per year.

It’s true that government funding of the media creates obvious dangers. Yet technology has advanced to the point where these could largely be eliminated. One particularly promising idea is that of the economist Dean Baker, who’s proposed that every America get a $100 voucher from the federal government that they could grant to any journalistic (or artistic) endeavor they liked.

But while we wait for that, we should remember that many people have dreamed Musk’s dream before, and all have awoken to this unpleasant reality. While it’s largely forgotten now, John B. Oakes, who created the New York Times op-ed page in 1970, originally hoped it could be a forum for unfettered political debate. He tried to garner submissions from Curtis LeMay and Noam Chomsky to John Birch Society co-founder Robert Welch and Gus Hall, the head of the U.S. Communist Party. The page even tried to hire Tupac Shakur’s mother, Afeni.

It didn’t work. The op-ed page slowly calcified under all of these pressures, and then Oakes was removed from his position by A.O. Sulzberger Sr., the grandfather of the paper’s current publisher. Twitter’s Wall Street creditors will probably play the role of Sulzberger for Musk, and sooner rather than later.

The post Elon Musk Would Have Done Better With Twitter If He’d Read Noam Chomsky appeared first on The Intercept.